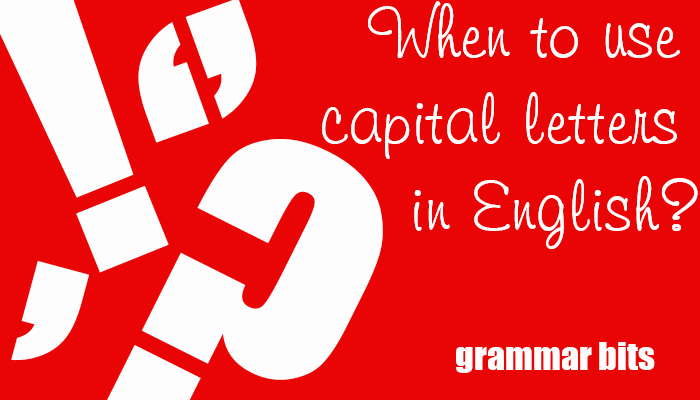 1. Days of the week and months of the year

Apart from using capital letters for people’s names, we also use capital letters for their titles. Titles of books, works and movies are also capitalized. Remember to you use quotation marks around the names of books with the exceptions of the Bible and catalogues of reference material, such as dictionaries and almanacs.

When to use capital letters in EnglishDownload