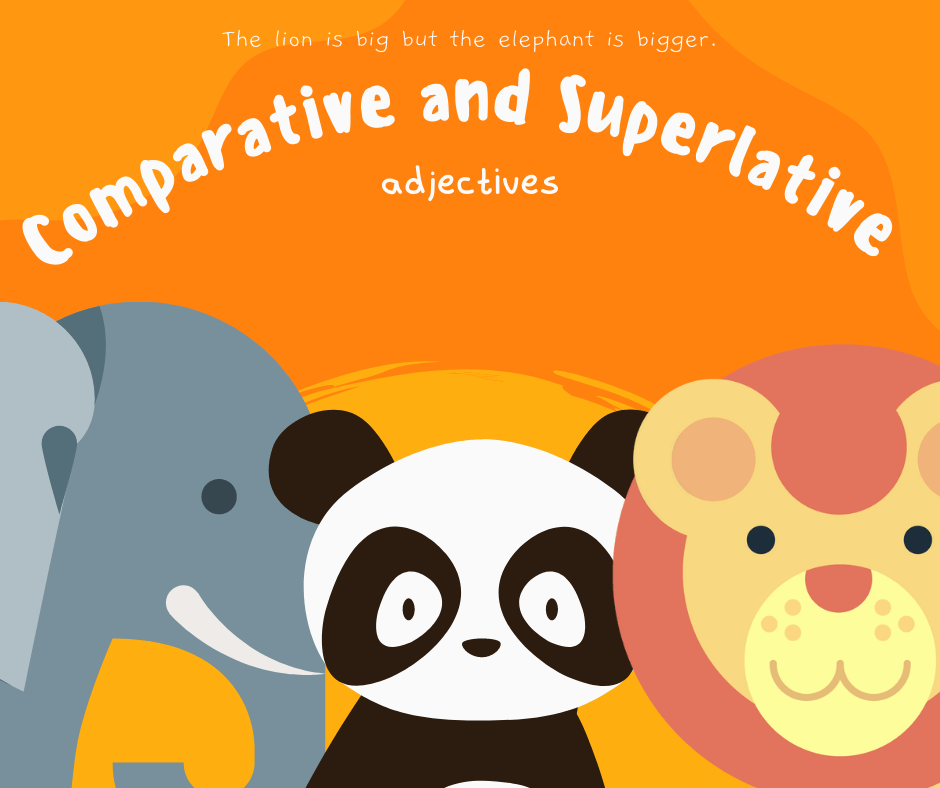 Lesson Goals: At the end of the lesson students will be able to use comparative and superlative adjectives to make comparisons between two or more things. Also, they will learn important vocabulary about describing things, animals, and nature.

1.Listen to the text and fill in the blanks

1. Which is the biggest animal at the zoo?

2. Is the snake at the zoo longer than the snake on TV?

4. What is the most beautiful animal at the zoo?

While on the topic of adjectives, check out this article: What Is the Order of Adjectives in a Sentence? An Infographic, Examples, and More…

There are two ways to form a comparative adjective:

Again, there are two ways to form a superlative adjective:

long adjectives: add “most” before the adjective

eg. beautiful – the most beautiful

IMPORTANT: We usually use ‘the’ before the superlative form of the adjective.

1. In the table below write the comparative and superlative adjectives

2. In the table below write the comparative and superlative adjectives. This time use “more” and “most” (the most)

1. Write 6 sentences about your favorite animals. Use the superlative form.

2. Write 5 questions about animals/ the zoo using the superlative form. Ask your classmates.