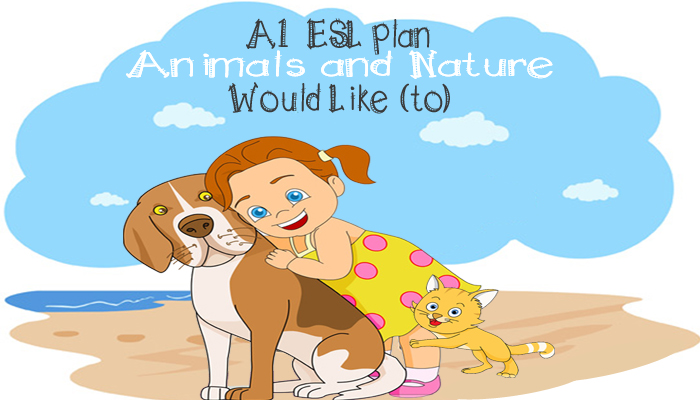 Lesson goals: At the end of this lesson, students will learn when and how to use “would like (to)”. Also, they will learn key animals, and nature vocabulary suitable for A1 Beginner English level.

1. Listen to Ana’s story and fill in the blanks.

2. Mark the sentences T for true, and F for false.

I
You
He
She
We
They

have a big house one day.

I
You
He
She
We
They

have a pet fish.

you
he
she
we
they

go for a walk?